Dutch violinist Emma Rhebergen graduated with her masters’ degree in June 2018 from Maastricht Conservatory, and completed the exam “concertmusicus” with greatest disIncIon at the Royal Conservatory of Brussels, under the guidance of Yuzuko Horigome. Following the beginning of her violin studies at the age of five, she ended the School for Young Talent at the Royal Conservatory in The Hague and studied with Koosje van Haeringen. She continued her studies in The Hague and obtained her bachelors degree, with special distinction for her “remarkable performance of a Bach sonata”, in the class of Vera Beths.

Having learned the majority of the solo repertoire for violin, chamber music has always been of special interest to Emma. As a result, she has performed in various high profile programs which took place in esteemed halls such as the Concertgebouw Amsterdam, TivoliVredenburg Utrecht and De Doelen, Rotterdam. In addition, she has also participated in festivals such as the International Chamber Music Festival in Utrecht, GrachtenfesIval Amsterdam and the Orlando Festival. She is part of the Chekhov piano trio, the StringWood Ensemble and she also forms a dynamic violin-piano duo with pianist Michelle Chow.

Emma has also vigorously pursued larger ensemble work as a member of various orchestras from a young age, garnering experience as a tul member, principal leader, and a concertmaster. During her studies, she was concertmaster of the National Youth Orchestra of the Netherlands (NJO) and she is now a member of the Dutch string orchestra Ciconia Consort, where she is principal of the second violin section, and plays regularly with the Belgian Ataneres Ensemble. As a soloist with orchestra, Emma has appeared with the works of Vivaldi, Bach, Mozart, Schumann, Dvorak, Shostakovich and Weill. Emma lives in Brussels, Belgium, and has a private teaching class in The Hague, The Netherlands. 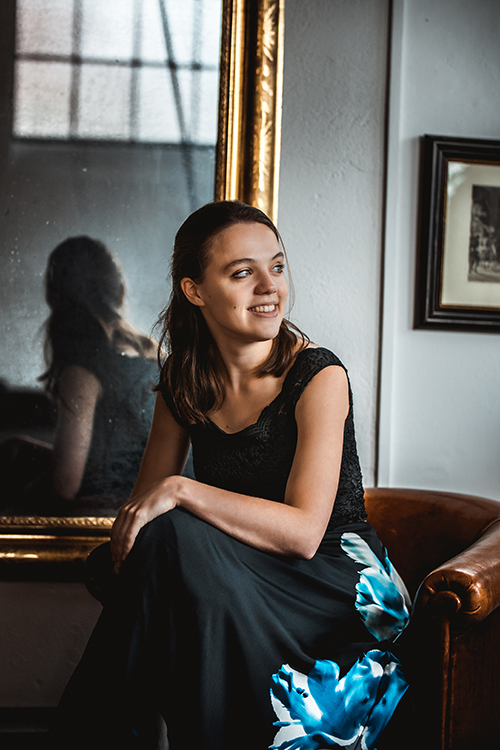